In Quest for Christlikeness II
Phil. 3:15-19
Introduction
We continue this very important topic which we started last week. We must strive or press on in our pursuit for Christlikeness.
I. Be Perfect (v. 15)
A. I told you last Sunday according to our text that no Christian is perfect and no one will ever be as long as we are in the flesh. In our scripture today, we are encouraged to be perfect. Is there any contradiction here?
B. There is a distinction here. In this verse Paul was talking perfection positionally in Christ. Because Christ died for us in Calvary, and we have faith in Him, Christ’s own perfection has been imputed (credited or to regard as belonging) to us. Christ’s sinless, spotless righteousness now is in us or considered ours.
C. In ourselves, we can never be perfect no matter what we do. But if we are “in Christ”, when God the father looks at us, He sees the perfection of His dearly beloved Son.
D. The word perfect in the Bible does not necessarily mean sinless or absolute perfection, but completion, fulness, soundness. The Greek word in NT means complete in various applications of labour, growth, mental and moral character, completeness:—of full age. Depends on the context some expositors define it as “maturity”. I agree with them.
E. When Paul says he hasn’t attained unto perfection in verse 11 and 12 and 13, he is talking practically about his own holiness, his own righteousness which of course fall short no matter what (Isa. 64:6). But then now that He has Christ in his life, its different. Although we are perfect, we still have a long way to go. The spiritual maturities we have now still require more “maturing”. We are complete but not yet completed.
F. Verse 15 means that those who are mature or grown both doctrinally and spiritually (see 1 Co 2:6; 3:1-3) must not become complacent or self-satisfied, there’s still room for improvement, if they do not agree, God will reveal or clarify the matter for them.
Illustration/Application:
The desire to continue with Christ no matter what the cost and no matter what happens is a mark of maturity. Growth into maturity requires a regular diet of the pure Word of God. God’s Word has the power to change us. That’s why we must know the Word of God. Knowledge without application falls short. We should apply what we learn in our lives. To love, serve, submit, obey, live a righteous life, meditate on the Word of God, pray in all humility are signs of maturity and of course Christlikeness.
II. Believer’s Walk (v. 16)
A. Walk here suggest the idea of walking in rows or rank, and to walk orderly according to rule or order. Paul wants the Philippians to stay in line spiritually and keep progressing but this must be according to the Word of God.
B. Walk the same rule. Rule here means standard. A rule is an instrument of measurement. The Bible is an instrument that measures the principles of Christian life. We walk according to the standard of the Bible. If there is a conflict between what I think and feel and what the Bible says, the final authority is the Bible and it’s always right. This is what we all should have in mind. We should live by the Word of God. Obedience to the Word of God is Christlikeness just as Jesus obeys the will of the Father.
C. Scriptural description of believer’s walk
1. Newness of life – Rom. 6:4
2. Faith – 2 Cor. 5:7
3. Spirituality – Gal. 5:16
4. Love – Eph. 5:2
5. Illumination – 1 Jn. 1:7
6. Consistency – Eph. 4:1
7. Caution – Eph. 5:15
8. Christlikeness – 1 Jn. 2:6
Illustration: Will Houghton
More recently, the Christian walk of Will Houghton, a preacher who became the president of Moody Institute during the 1940s, played a large role in the conversion of an agnostic who was
contemplating suicide. The skeptic was desperate, but he decided that if he could find a minister who lived his faith he would listen to him. So he hired a private detective to watch Houghton. When
the investigator’s report came back, it revealed that this preacher’s life was above reproach; he was for real. The agnostic went to Houghton’s church, accepted Christ, and later sent his daughter to Moody Bible Institute. (Our Daily Bread, September 29 )
III. Paul’s Example (v. 17)
A. As Paul follows the example of Christ, He wants the believers to imitate him (1 Cor. 11:1). Paul knows that he is not perfect but he knows how to deal with imperfection and can be a model in the goal of pursuing Christlikeness. Paul began his career as
Christian persecutor but end up to be the champion defender of Christianity. The life styles of Christian leaders ought to be models worth following. Christlikeness influences people.
B. The Philippian believers were to follow also the examples of other godly men. Timothy (Phil. 2:19-24), and Epaphroditus (Phil. 2:25-30). These are good models on how to serve the Lord. Paul tells the believer to mark (regard, consider) those who
are mature believers, they do have an influence to people.
C. One way or another, we can influence someone. Children follow the footsteps of their parents. People look at the Christian leader with a very watchful and critical eye. They expect something better and worth imitating.
Illustration: How Is Your Influence?
Max Jukes lived in New York. He did not believe in Christ or in Christian training. He refused to take his children to church, even when they asked to go. He has had 1,026 descendants—300 were sent
to prison for an average term of 13 years each; 190 were public prostitutes; 680 were admitted alcoholics. His family thus far, has cost the state in excess of $420,000. They have made no
contribution to society that is of any benefit.

Jonathan Edwards lived in the same state, at the same time as Jukes. He loved the Lord and saw that his children were in church every Sunday, as he served the Lord to the best of his ability. He has had
929 descendants—of these, 430 were ministers; 86 became university presidents; 75 authored good books; five were elected to the United States Congress and two to the Senate. One was Vice- President of this nation. His family never cost the state one cent but has contributed immeasurably to the life of plenty in this land today.
How is your influence and what legacy will you leave with your children, grandchildren, and great grandchildren?
(from: A Treasury of Bible Illustrations.)
IV. Enemies of the Cross (v. 18-19)
A. Paul now warns the Philippians to people who have negative influence. The warning was serious that he does it with weeping.
B. Enemies of the cross reject the love of Jesus Christ. They oppose the cross which is God’s work. The message of the cross is foolishness to them (1 Cor. 1:18). They think they can go to heaven by their good works.
C. The final destination of their sinfulness is destruction, which is eternal punishment (2 Thess. 1:8-9). False teachers and all that rejects Christ’s work will all go to hell.
D. Their god is their belly, connotes the idea of appetite which is not only for food but for sensual pleasure.
E. During the time of Paul, false teachers are already infiltrating the church. Let us be careful. False prophets can be known by their fruits (Mt. 7:15-16).
V. Conclusion:
We are exhorted to be perfect or to be “mature” not only doctrinally but also spiritually. Our standard is only the pure Word of God. There are many false teachers who reject Christ’s finish work on the cross. Let’s avoid them and follow the example of Paul in
following Christ.

Fellowship in the Ministry » September 2019 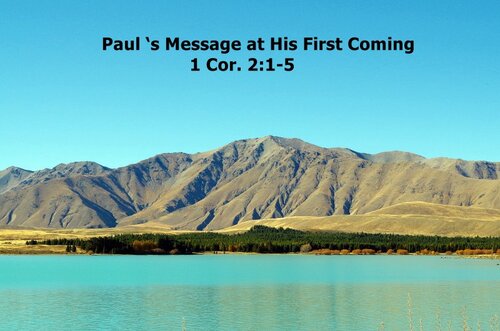 Blessings to the Church of Corinth » June 2019

Greetings to the Corinthians » June 2019

Diotrephes who loves Pre-eminence » May 2019

Warning Against Hospitality to False Teachers » May 2019 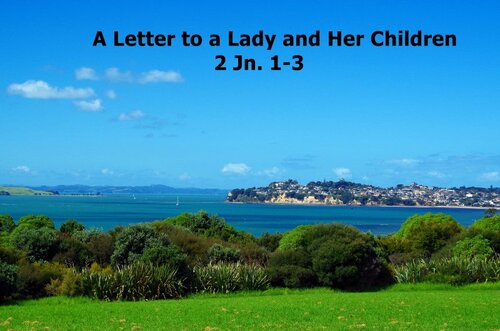 Introduction to the First Epistle of John » November 2018

A Lesson on Giving and Investing » September 2018

The Trouble with Folly » September 2018

The Uncertainty of Life » September 2018

The Inevitability of Death » September 2018

Hold on to Righteousness and Wisdom » August 2018 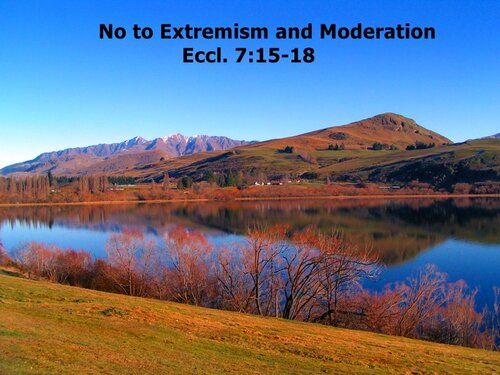 No to Extremism and Moderation » July 2018 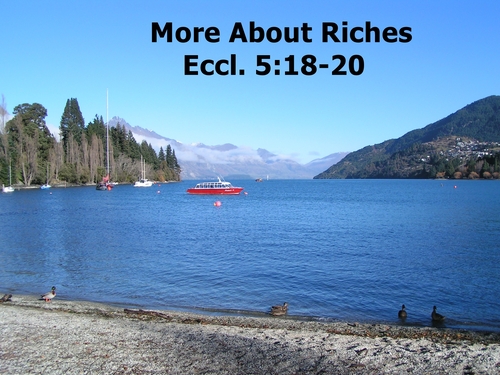 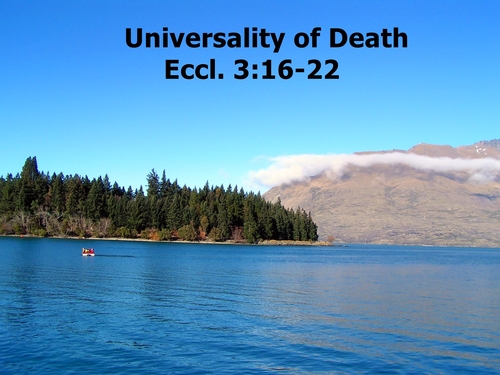 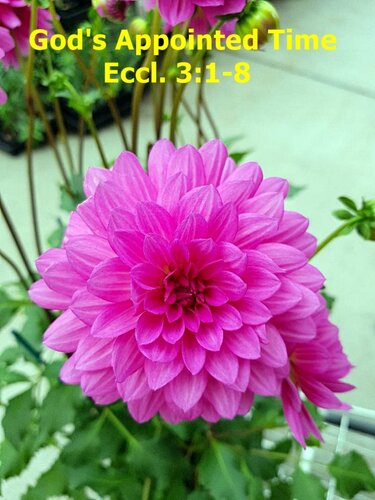 The Resurrection of Jesus Christ » April 2018

Preview to the Book of Ecclesiastes » March 2018 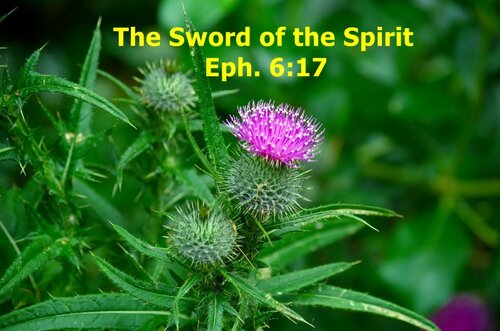 The Helmet of Salvation » January 2018

Spiritual Warfare: How to have Victory » December 2017

Christ and the Church » November 2017 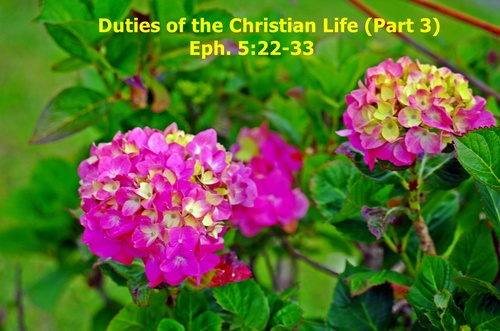 Be Filled with the Spirit » October 2017 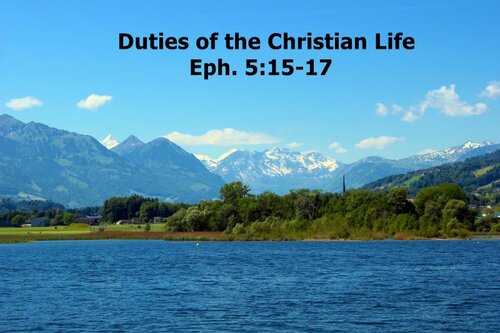 Duties of the Christian Life » October 2017

Fellow Citizen with the Saints » July 2017 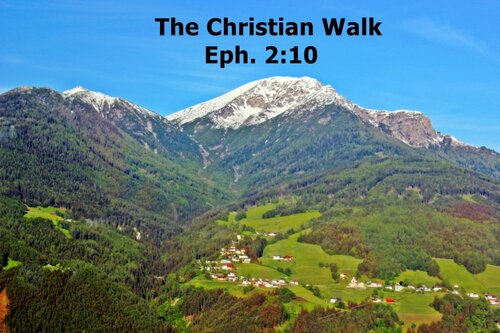 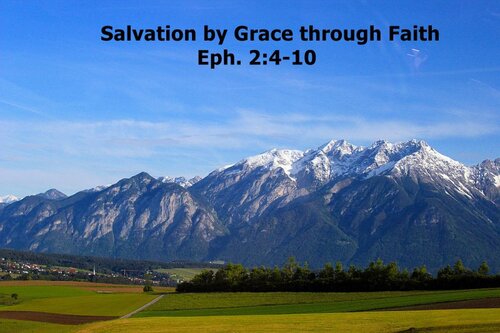 Salvation by Grace Through Faith » June 2017

The Exaltation of Jesus Christ » May 2017

Blessings from the Holy Spirit » May 2017 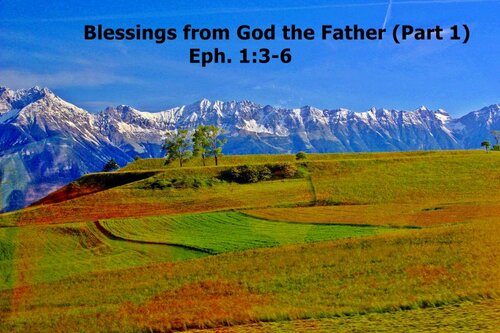 Greetings to the Ephesians » April 2017

Epistle of Paul to the Ephesians Overview & Background » March 2017 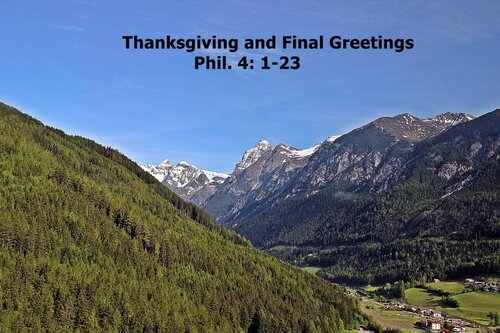 Rejoice in the Lord Always » February 2017

Call for Steadfastness and Harmony » February 2017 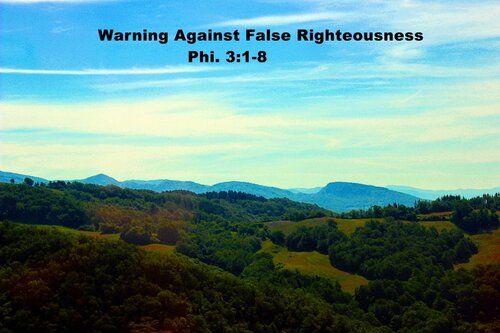 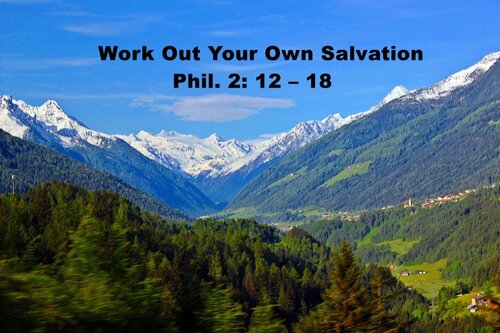 Work Out Your Own Salvation » November 2016

The Example of Christ » November 2016

Exhortation to the Church in Philippi (Part II) » November 2016

Exhortation to the Church in Philippi (Part I) » October 2016

Readiness for life and death » October 2016

Rejoicing in the Preaching of the Gospel » October 2016

Thanksgiving and Prayer for the Church » October 2016

Epistle to the Philippians » September 2016

Beware lest you also fall » September 2016

Some things Hard to be Understood » August 2016

Scoffers and the Second Coming of Christ » July 2016

The Crookery of False Teachers » July 2016 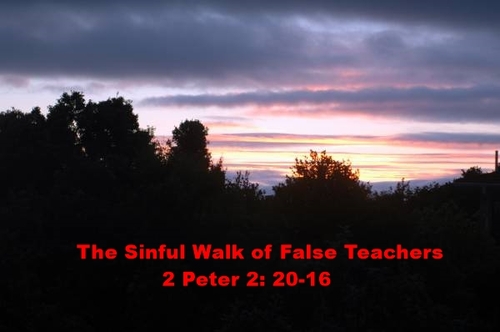 The Judgment of False Teachers » July 2016

The Truth of our Christian Faith » June 2016

Seven Characteristics of a Godly life » May 2016 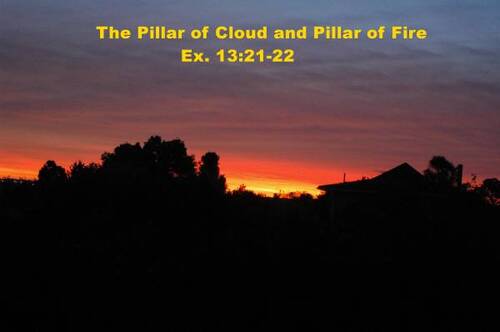 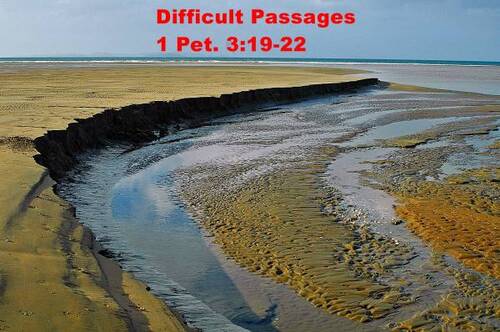 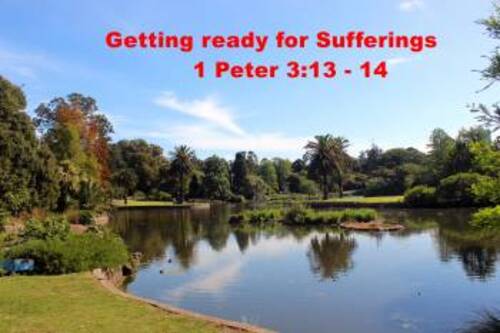 Getting ready for Sufferings » February 2016

For Husbands and Wives » February 2016

Submission of Slaves to Masters » January 2016 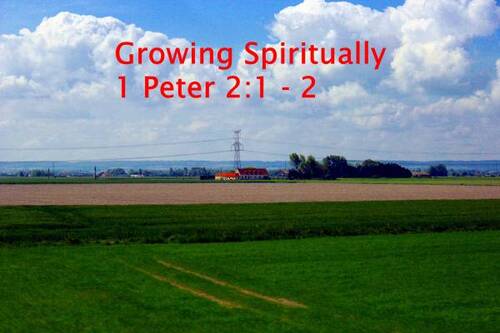 Another Reason to Fear the Lord: Our Redemption » December 2015

Exhortation to Fear the Lord » November 2015 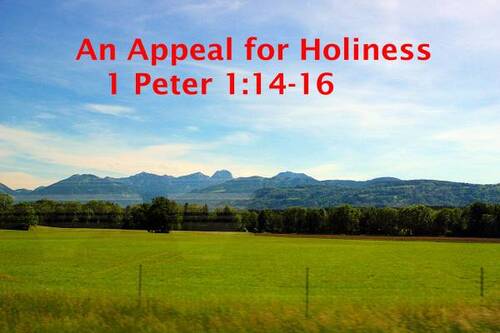 An Appeal for Holiness » November 2015

Why Christians Can Rejoice » November 2015

Keep, Look, Have Compassion, Save » September 2015

Building Up Yourselves » September 2015

Characteristics of the Apostates » July 2015 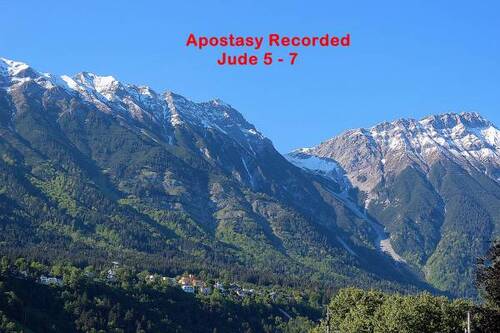 Earnestly Contend for the Faith » July 2015 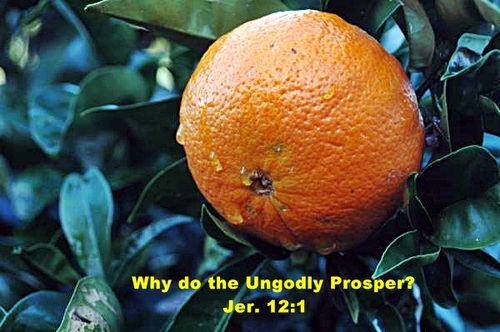 Why Mothers are Unique and Special » May 2015 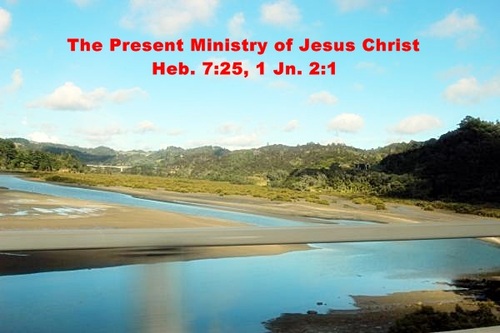 The Present Ministry of Christ » April 2015

The Ascension of Jesus Christ » April 2015

The Resurrection of Jesus Christ » April 2015

Christian and his Rewards » March 2015

The Judgment Seat of Christ » March 2015

Shadow of the Almighty » December 2014

The Second Touch of Christ » December 2014 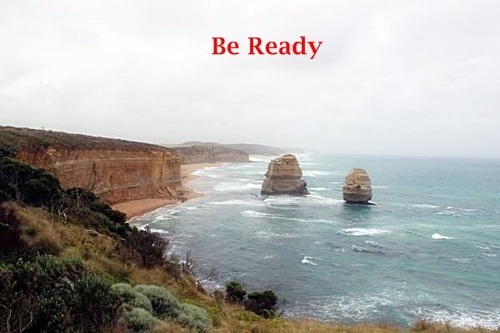 The Secret of Victory » November 2014 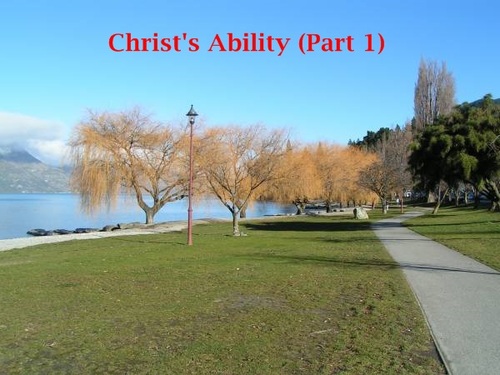 Prayer Meeting in the Graveyard » April 2014

The Problem of Sufferings » February 2014 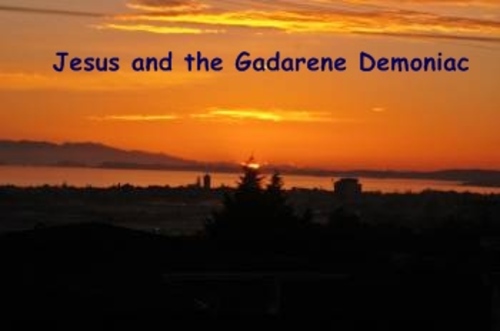 Jesus and the Gadarene Demoniac » February 2014

The Tragedy of Wrong Choice » January 2014

What Kind of People Does God Use » December 2013

Birthdays and Day of Death » September 2013 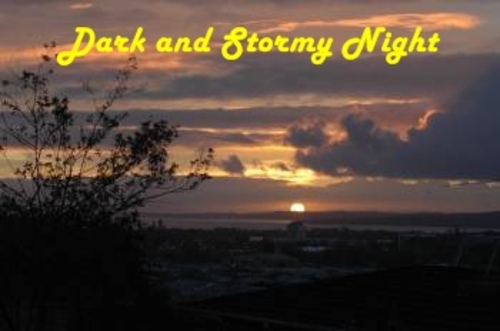 Why Should I Worship » September 2013

Do Not Expect the Impossible » September 2013

Christian and His Rewards » July 2013

Jesus and the Gadarene Demoniac » July 2013

Why Mothers are Unique and Special » May 2013

What Was Accomplished on the Cross? » April 2013

A Closer look at the Colossian Heresies » April 2013

Caleb the man who fully followed the Lord » March 2013

The Pillar of Cloud and Pillar of Fire » March 2013

Prayer for the Church » February 2013

Introduction to the Epistle to the Colossians » January 2013

Forget not all His Benefits » January 2013