The Corinthians were immature, carnal, proud and conceited people. They were the most
problematic church in the New Testament. Just like us, they were sinners saved by grace. The Word
of God have given us a very vivid description that beyond reasonable doubt, they were really
children of God bound to heaven despite of their shortcomings, and their previous sinfulness. The
truth written in the Word of God is really wonderful. Indeed, we have a wonderful God who love us
and died for us sinners just like the Corinthians.

I. Their Lost Condition (1 Cor. 6:9)
A. The unrighteous shall not inherit the kingdom of God
1. They are declared to be unrighteous, meaning they are unjust even spiritually
dead.
2. The result of their being lost is that they cannot be “heir in the kingdom of God”.
They were cut off from God in this life no hope, no Christ, no future. (Eph. 2:1-3,
12).

II. Their Sins
A. Who they are before they got saved?
1. Fornicators – Sexual immorality
2. Idolaters – worship and serving false gods
3. Adulterers – extramarital sexual unfaithfulness
4. Effeminate – Webster defines it as “having the qualities of the female sex; soft or
delicate to an unmanly degree; womanish.” The woman is supposed to be
effeminate, but 1 Cor. 6:9 refers to moral perversion. It refers to the passive,
feminine side of homosexuality.
5. Abusers of themselves with mankind – “Abusers of themselves with mankind”
refers to the rougher, masculine side of homosexuality. It refers to that which is
“against nature” (Rom. 1:26-27). The Greek word “arsenokoites” means “to lie
with, or to cohabit with, a male.” Matthew Henry, exemplifying the common
interpretation of this term in earlier centuries, identified “abusers of themselves
with mankind” with sodomy. “‘Effeminate’ and ‘abusers
6. Thieves – Those who steals and takes away from others
7. Covetous – Those whose greed desires what others have
8. Drunkards – Those who are addicted to alcohols and drinks
9. Revilers – Those who destroys with their tongues and hurt with their words
10. Extortioners – Those who steal indirectly and take unfair advantage of others.
B. The sins listed above is the same type of sins that are listed in the Ten
Commandments. Idolaters break the first and second commandment (Ex. 20:4-5).
Fornicators and adulterers break the seventh (Ex. 20:14). Thieves and extortioners
break the eighth (Ex. 20:15). The covetous break the tenth (Ex. 20:17). To break one
commandment is to break all of them (Jam. 2:10) and to break God’s
commandments is to be under divine wrath (Rom. 1:18).
C. Paul says “And such were some of you” meaning not all of them are wicked and
corrupt before they were saved. Others may be decent people living moral lives but
still unsaved.
D. How then can they enter the kingdom of God? By being born again. (Jn. 3:3)

Illustration 1: Deliverance of Various Kinds
Deliverance of various kinds, for example, deliverance from the enemy (Exod. 14:13). In the Bible it is
God who brings salvation from temporal as well as spiritual ills. Thus in the Gospels, referring to his
miraculous healings, Jesus sometimes says, “Your faith hath saved thee” meaning “healed you”
(Luke 18:42). Characteristically, the term refers to salvation from sin (Rom. 1:16; 1 Thess. 5:9).
Salvation means the decisive defeat of sin on the cross, but also victory over evil in a believer’s daily
life. Its full content will be realized only in the life to come (Heb. 9:28; 1 Pet. 1:5).
The Shaw Pocket Bible Handbook.

III. Who they are now?
A. They were saved. Now they are considered righteous.
1. “But ye are washed” — By faith and before God they were washed from their
sins in the blood of Christ (Tit. 3:5; Rev. 1:5). Baptism is a picture of this washing.
We see this in Acts 22:16. Paul washed away his sins by calling upon the name of
the Lord and his baptism signified and testified of this washing.
2. “But ye are sanctified” — By faith they were set apart from their former position
of condemnation into a new position of eternal blessing, set apart from the
devil’s family into God’s. To be sanctified is to be turned from the power of
Satan unto God (Acts 26:18).
3. “But ye are justified” — By faith they had been “declared righteous” on the basis
of the cross work of the Son of God (Rom. 3:24). Justification is a legal term. The
holy God, the great Judge of the universe, can declare believing sinners
righteous and free from guilt because Jesus took their place and was punished in
their stead and they subsequently stand clothed in His righteousness. Men are
justified by faith alone (Rom. 4:5) by the blood of Christ alone (Rom. 5:9).
4. “in the name of the Lord Jesus” — Every aspect of their salvation from beginning
to end is by and through Jesus Christ. He is both Lord and Saviour, which is the
meaning of the name “Jesus” (Mat. 1:21)
5. “and by the Spirit of God” — Salvation is accomplished by the Holy Spirit. He is
the One who draws, convicts, regenerates, seals, sanctifies (2 Th. 2:13), and
empowers. Every believer is sealed by the Holy Spirit when he believes (Eph.
1:13-14).
B. We can clearly see from here that if a person continues in unrighteousness it is an
evidence that he has not been saved, because the believer is a new creature in
Christ. “Therefore if any man be in Christ, he is a new creature: old things
are passed away; behold, all things are become new” (2 Cor. 5:17).
C. We can also see here that God can save even the most wicked sinner. No one is so
bad and so wicked that the blood of Christ cannot wash them from their sin.
D. Sins committed from the past when we were yet sinners were all forgiven and
forgotten. (Heb. 8:12)

Illustration 2: Running from Sin
The story is told of a young girl who accepted Christ as her Savior and applied for membership in a
local church. “Were you a sinner before you received the Lord Jesus into your Life?” inquired an old
deacon. “Yes, sir,” she replied. “Well, are you still a sinner?” “To tell you the truth, I feel I’m a
greater sinner than ever.” “Then what real change have you experienced?” “I don’t quite know how
to explain it,” she said, “except I used to be a sinner running after sin, but now that I am saved I’m a
sinner running from sin!” she was received into the fellowship of the church, and she proved by her
consistent life that she was truly converted. Our Daily Bread

Illustration 3: The Rolls Royce
My friend Dr. Roy Gustafson has the finest illustration of justification I have ever heard. It seems that
there was a man in England who put his Rolls-Royce on a boat and went across to the continent to
go on a holiday. While he was driving around Europe, something happened to the motor of his car.
He cabled the Rolls-Royce people back in England and asked, “I’m having trouble with my car; what
do you suggest I do?” Well, the Rolls-Royce people flew a mechanic over! The mechanic repaired the
car and flew back to England and left the man to continue his holiday.
As you can imagine, the fellow was wondering, “How much is this going to cost me?” So when he got
back to England, he wrote the people a letter and asked how much he owed them. He received a
letter from the office that read: “Dear Sir: There is no record anywhere in our files that anything ever
went wrong with a Rolls-Royce.” That is justification! W. Wiersbe, Key Words of the Christian Life

IV. Conclusion:
The unrighteous shall not inherit the kingdom of God. However due to what Jesus Christ
have done on the cross, we are now washed, sanctified, justified, in the name of the
Lord Jesus and by the Spirit of God. Will you receive Him now as your personal Saviour?
You should tomorrow may be too late. 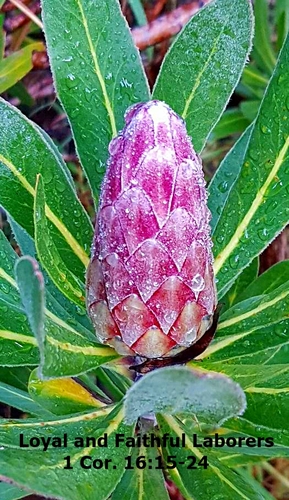 A Sermon About Resurrection » April 2020 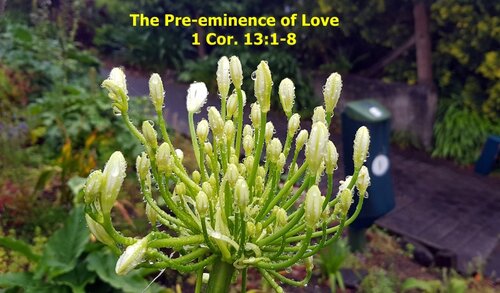 The Law of Love and Christian Liberty » March 2020

The Dangers of Falling into Sin » February 2020

Sacrifices made to Win Men » February 2020

Knowledge Must Be Balanced by Love » January 2020

Married vs. the Unmarried State » January 2020

For Singles and Widows » December 2019

The Sanctity of the Body » November 2019

Lawsuits in the Church of Corinth » November 2019 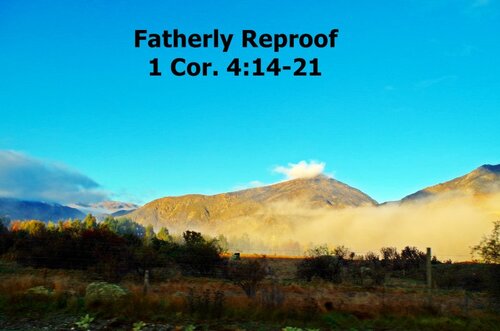 Fellowship in the Ministry » September 2019

Blessings to the Church of Corinth » June 2019

Greetings to the Corinthians » June 2019

Diotrephes who loves Pre-eminence » May 2019

Warning Against Hospitality to False Teachers » May 2019 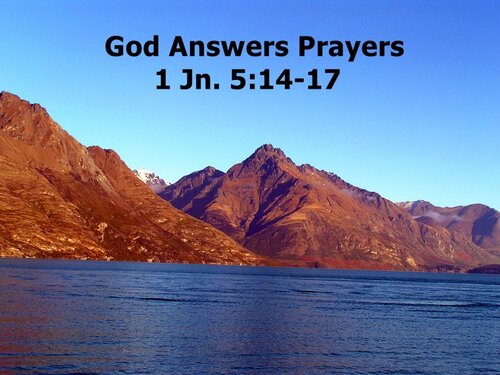 Introduction to the First Epistle of John » November 2018

A Lesson on Giving and Investing » September 2018

The Trouble with Folly » September 2018

The Uncertainty of Life » September 2018

The Inevitability of Death » September 2018 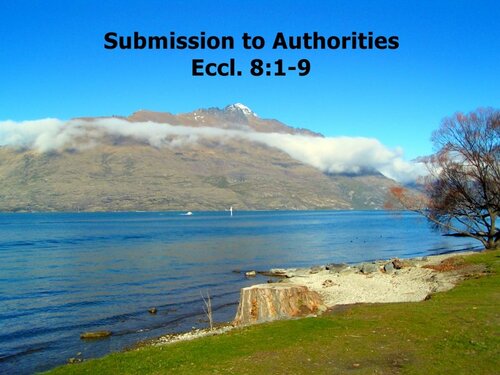 Hold on to Righteousness and Wisdom » August 2018

No to Extremism and Moderation » July 2018 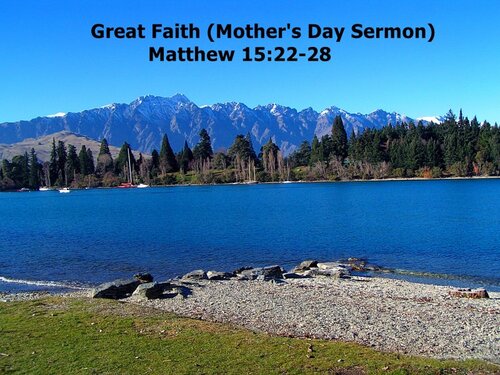 The Resurrection of Jesus Christ » April 2018

Preview to the Book of Ecclesiastes » March 2018

The Helmet of Salvation » January 2018

Spiritual Warfare: How to have Victory » December 2017

Christ and the Church » November 2017

Be Filled with the Spirit » October 2017

Duties of the Christian Life » October 2017

Fellow Citizen with the Saints » July 2017

Salvation by Grace Through Faith » June 2017

The Exaltation of Jesus Christ » May 2017

Blessings from the Holy Spirit » May 2017

Greetings to the Ephesians » April 2017

Epistle of Paul to the Ephesians Overview & Background » March 2017

Rejoice in the Lord Always » February 2017

Call for Steadfastness and Harmony » February 2017

Work Out Your Own Salvation » November 2016

The Example of Christ » November 2016

Exhortation to the Church in Philippi (Part II) » November 2016

Exhortation to the Church in Philippi (Part I) » October 2016

Readiness for life and death » October 2016

Rejoicing in the Preaching of the Gospel » October 2016 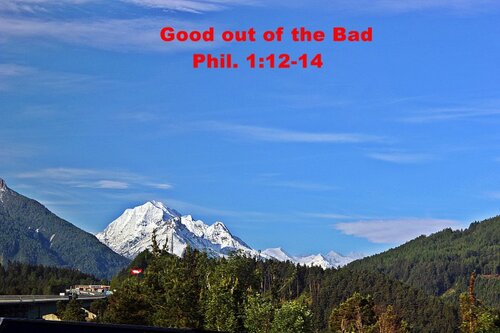 Thanksgiving and Prayer for the Church » October 2016 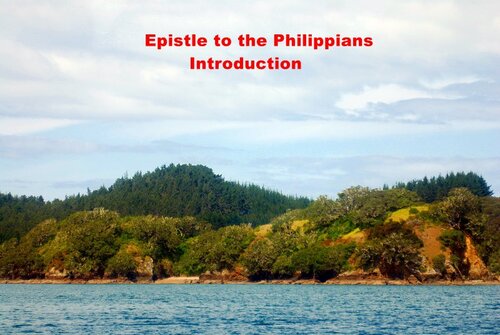 Epistle to the Philippians » September 2016

Beware lest you also fall » September 2016

Some things Hard to be Understood » August 2016

Scoffers and the Second Coming of Christ » July 2016

The Crookery of False Teachers » July 2016

The Judgment of False Teachers » July 2016

The Truth of our Christian Faith » June 2016

Seven Characteristics of a Godly life » May 2016 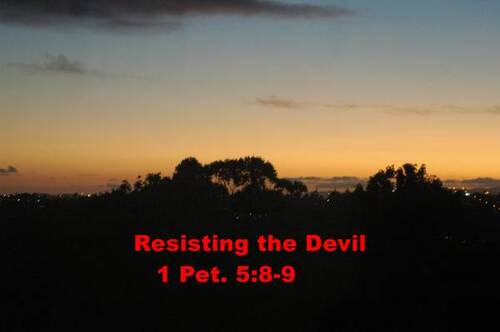 Getting ready for Sufferings » February 2016

For Husbands and Wives » February 2016

Submission of Slaves to Masters » January 2016

Another Reason to Fear the Lord: Our Redemption » December 2015

Exhortation to Fear the Lord » November 2015

An Appeal for Holiness » November 2015

Why Christians Can Rejoice » November 2015

Keep, Look, Have Compassion, Save » September 2015

Building Up Yourselves » September 2015

Characteristics of the Apostates » July 2015

Earnestly Contend for the Faith » July 2015 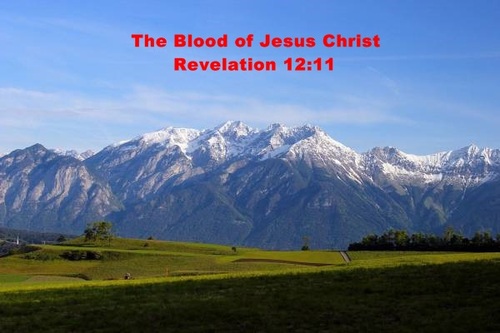 Why Mothers are Unique and Special » May 2015

The Present Ministry of Christ » April 2015

The Ascension of Jesus Christ » April 2015

The Resurrection of Jesus Christ » April 2015

Christian and his Rewards » March 2015

The Judgment Seat of Christ » March 2015 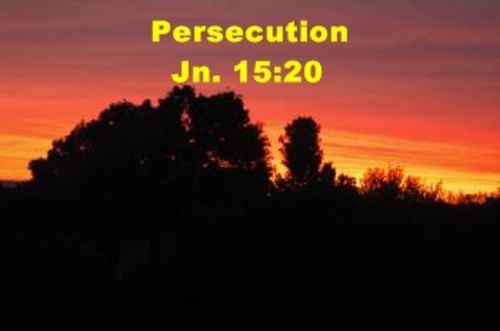 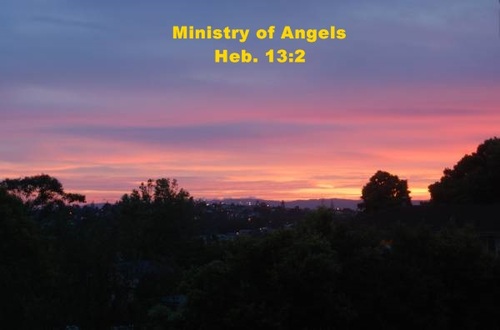 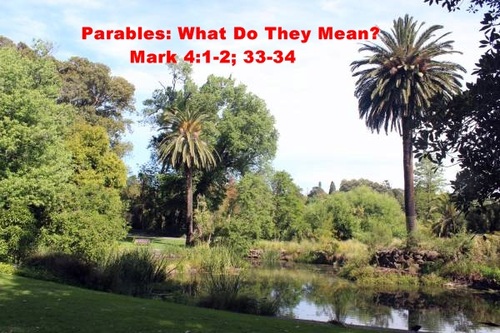 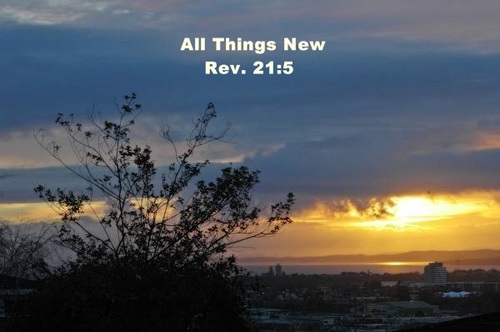 Shadow of the Almighty » December 2014

The Second Touch of Christ » December 2014

The Secret of Victory » November 2014 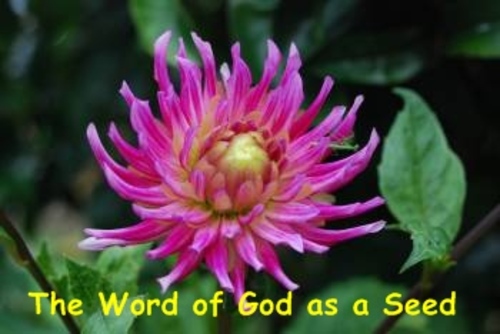 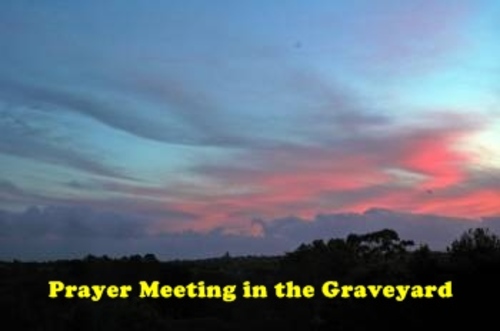 Prayer Meeting in the Graveyard » April 2014

The Problem of Sufferings » February 2014

Jesus and the Gadarene Demoniac » February 2014

The Tragedy of Wrong Choice » January 2014

What Kind of People Does God Use » December 2013

Powers in the Scriptures » November 2013

First place is not always the Best Place » November 2013

Birthdays and Day of Death » September 2013

Why Should I Worship » September 2013

Do Not Expect the Impossible » September 2013

Christian and His Rewards » July 2013

Jesus and the Gadarene Demoniac » July 2013

Why Mothers are Unique and Special » May 2013

What Was Accomplished on the Cross? » April 2013

A Closer look at the Colossian Heresies » April 2013

Caleb the man who fully followed the Lord » March 2013

The Pillar of Cloud and Pillar of Fire » March 2013

Prayer for the Church » February 2013

Introduction to the Epistle to the Colossians » January 2013

Forget not all His Benefits » January 2013